This is a past event. Registration is closed. View other AustCham China events.

Registration for this event is now closed.

Add this event to any of these calendars

Get directions on Google Maps

If you have any questions please contact Kristian Ricardo at kristian.ricardo@austcham.org or +86 18610714232.

On Wednesday April 8, AustCham China in partnership with the Australia China Business Council (ACBC) and Alibaba Group, will be holding a webinar on COVID-19 and the Impact on Global Supply Chain Logistics.

Hear from Maggie Zhou, Managing Director of Alibaba Group (Australia and New Zealand), Brett Charlton, National Board Member ACBC, Manager, Agility Logistics, as they provide a comprehensive overview of the impact COVID-19 is having on global supply chains. They will discuss in depth the hurdles COVID-19 has created and offer advice on how businesses can better prepare for periods of supply chain disruption. They will further touch upon supply chain resiliency, risk mitigation and the push towards diversification and what this uncertainty means in the context of the broader global economy. Brett Charlton has been involved in international logistics for over thirty years at management level in Australia and overseas, predominately in the corporate sector. For the last ten years Brett has worked with Agility Logistics (a multinational logistics company) after they acquired his own successful freight forwarding business in 2013. During this time in Tasmania, Australia, Agility has gained a reputation as a solution based business with strong ties in the aquaculture, agricultural, manufacturing and retail sectors. Further to Brett’s involvement with Agility he is also the Chairman of the Tasmanian Logistics Committee, National Board member and Tasmanian Vice President of the Australia China Business Council and sits on the board of the Tasmanian Agricultural Productivity Group and has recently been appointed to the Australian Freight Industry Reference Panel. Brett has visited China on a number of occasions on behalf of Agility and also as part of Tasmanian Government Trade missions. Brett is a regular commentator of matters relating to Freight and Logistics in such publications as the Daily Commercial News (Australia). Based in Tasmania, Australia his children attend the school that President Xi Jinping visited on his historic visit to Tasmania in 2014. Brett considers himself a friend to China and is of the firm belief that our future trading success hinges on continued good relations between our two countries. Maggie Zhou was appointed Managing Director for Australia and New Zealand in March 2016 for Alibaba Group. As one of the key veterans of the company, Maggie has witnessed major company developments as the company has expanded its businesses outside of China and as well as the progression and development of Mainland China’s e-commerce market. In her current role, as part of the company’s globalisation strategy, she is responsible for establishing a local presence for Alibaba in Australia and New Zealand to further develop infrastructure and help local merchants enter the vast China consumer market.

Prior to this role, Maggie worked closely with the Australia and New Zealand business development team on Tmall Global, a cross-border B2C business platform for Tmall, and was in charge of overall government and public affairs for the platform. She has worked closely with the Australian Trade Commission (Austrade), showcasing the value of the China e-commerce market to Australian brands and businesses. In Maggie’s earlier days with Alibaba, she helped the Group establish Taobao Marketplace in 2003 as one of the nine founders of the C2C platform, and served as Executive Assistant to Jack Ma, the founder and Executive Chairman of Alibaba, for almost five years. Maggie joined Alibaba in early 2000 as one of the veteran employees of the company. In August 2017, Maggie Zhou was appointed a Victorian Business Ambassador by the State Government of Victoria.
Maggie has been a key contributor to Alibaba Group’s strategy to internationalise its business and its mission – to make it easy to do business anywhere.

Founded in 1973, ACBC actively promotes two-way trade and investment, and economic cooperation and understanding, between the business communities of Australia and China.
ACBC plays an influential role as an advisor to the Australian Government on commercial relations with China. The ACBC strongly advocated for the comprehensive China-Australia Free Trade Agreement which fosters more competitive business in both nations.
With a National Office plus offices in every State and Territory, the ACBC provides regular business-focused activities for our members. We also sponsor a series of national events each year which include a day of networking in Canberra to meet with Australian Government Ministers and senior officials, and the annual China Oration given by an outstanding Australian or international China expert.
The Australia China Business Council has close links with expatriate groups in China, as well as with Chinese groups and officials, and leads trade missions to China from time to time.

Connect with 276 people attending this event 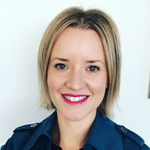